noticed when looking at the final medal counts from the 2012 London Olympics, that women had earned more medals than men for the USA and China, the top two medal earners. I started wondering about the history of gender within the competitions.

The IOC provides a wonderful factsheet for its gender-equality efforts, which tells us that women first competed in the 1900 Paris games. It also provides a list of years in which each new women-discipline was introduced. Presumably, women competed in these events continuously after their initial inclusion.

…women consistently earned fewer medals than men until the 1996 Atlanta games. Since then, US women have consistently outperformed US men.

What the IOC sheet doesn't give us as a time-series comparison of medals and genders. Thanks to some open data via the Guardian we have all of the Summer Olympics medal data up through the 2008 Beijing games.

The data list each individual medal won, not each medal-event, so there are 21,721 total medals won by men and 7,495 by women. 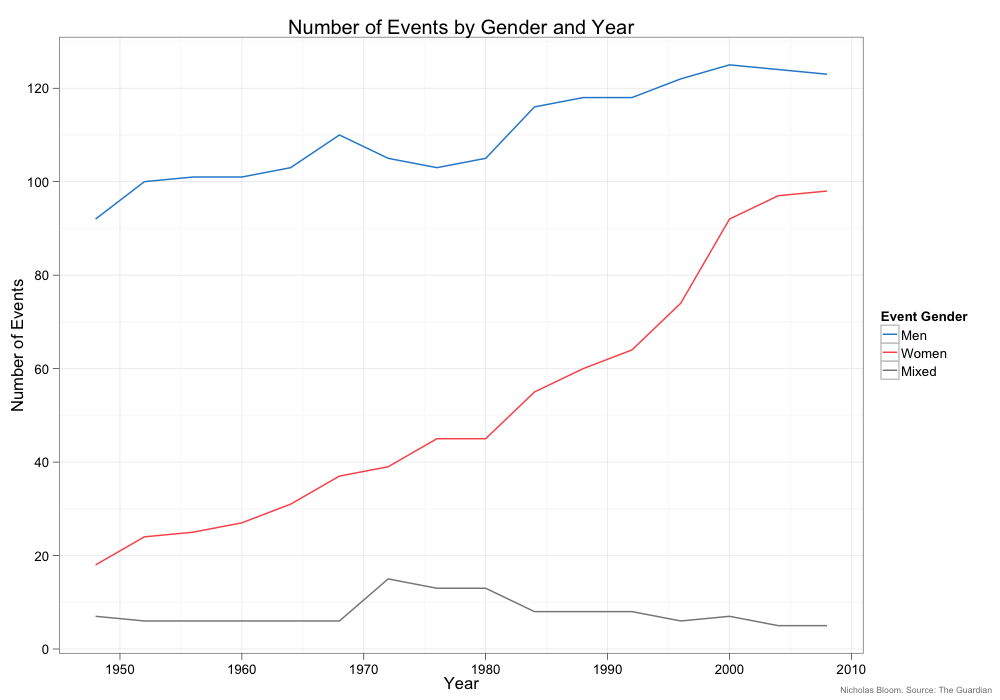 Let's look, then, at the specific case of the USA. First, let's look at overall number of medals. 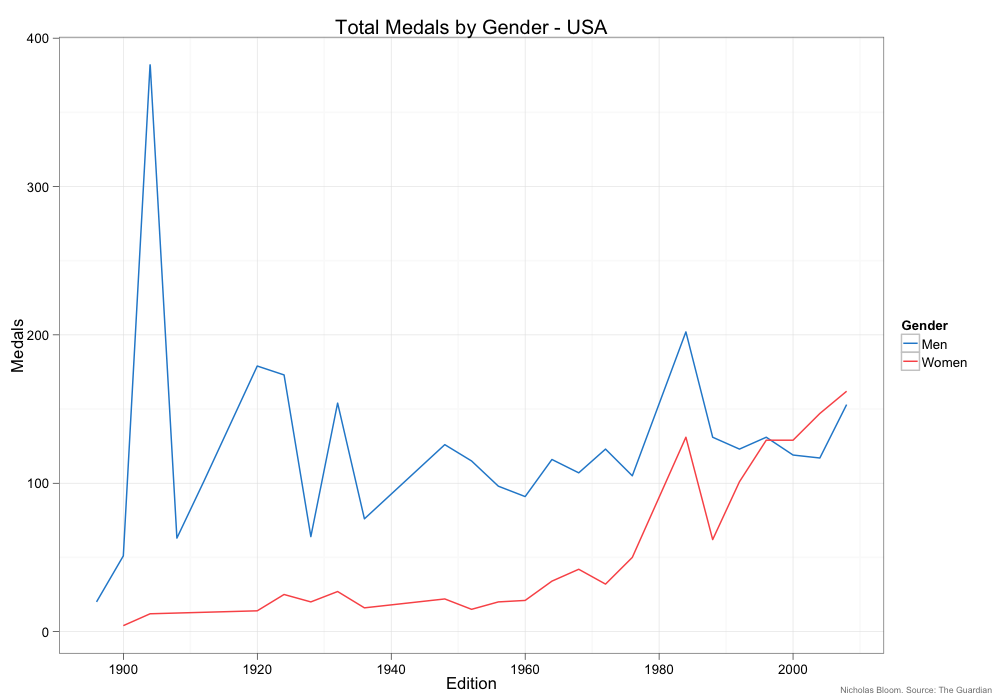 We can see that women consistently earned fewer medals than men until the 1996 Atlanta games. Since then, US women have consistently outperformed US men in total medals. But, maybe that's because women win more team sports than men, so they accrue more overall medals. Let's see whether the same holds for events: 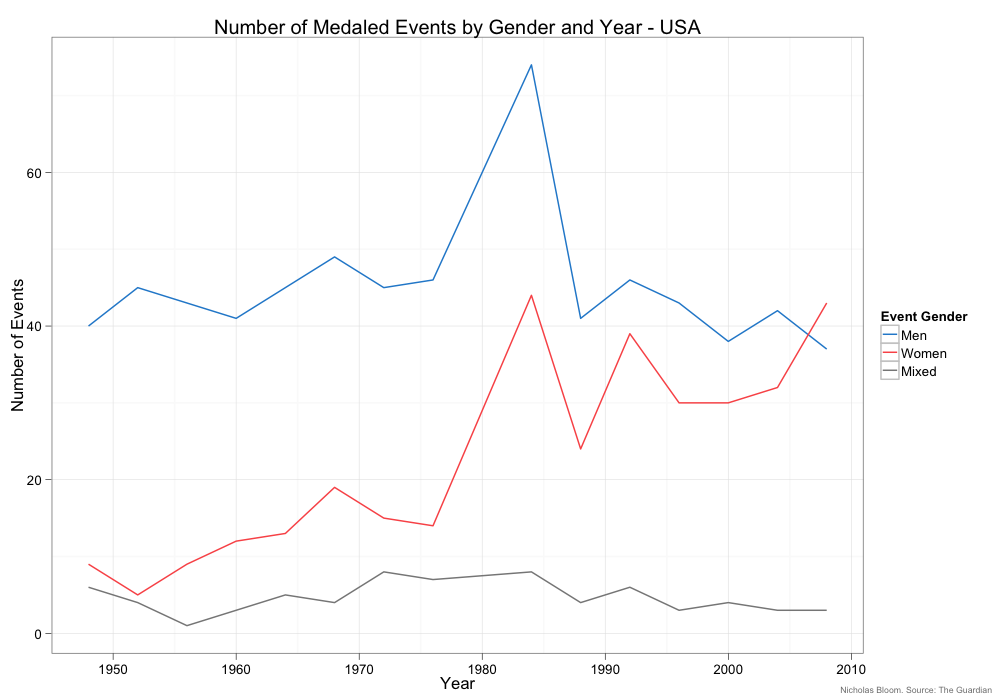 By looking at this chart, we see that the "more team medals" hypothesis was true from 1996 until 2008. Then, in 2008 in Beijing, women passed men in overall events medaled in as well as medals accrued. So, since 2008, and again in 2012, women have dominated events medaled in. Take that Michael Phelps.